For our project “Of Bats and Men”, financed by the Disney Conservation Fund, this month we planted fruit trees in several places in the Eastern Rhodope mountains.

What do fruit trees and bats have in common?

The link between trees and enhancing biodiversity has been proven numerous times, and has been an object of many studies. Trees are not only living organisms, but also an irreplaceable component of our environment, providing shelter and food for many species. Many people have a hard time finding the link between bats and fruit trees. That’s understandable, since it is common knowledge that bats in Bulgaria are not frugivores. Which is true – all 33 species of Bats in Bulgaria are insectivorous, and feed solely on insects. Fruit eating bats do exist, but not in our country, and instead in warmer regions. A typical example of a fruit eating bat is the flying fox, which is common in Madagascar, South Asia and Australia.

Planting fruit trees in the country affects the bat populations in the country indirectly. The fruit trees, which we planted in the vicinity of caves and other types of bat shelters for their colonies, provide a nutritious environment, attracting many insects – the bat’s main source of food. The fruit and flowers of the trees attract different insect species and have a positive influence on the size of their populations. Fruit trees attract other kinds of wild animals as well, and in this way the entire biodiversity in the region is enhanced, by including a new element to the food chain. The new food sources near the caves influence the bats positively, by providing them with food sources near their shelters. This saves them a lot of energy, which they would otherwise spend looking for food. Combining this with the restored water sources in the same area, this makes for lasting maintenance of  the populations in the region, and is a prerequisite for creating new colonies. 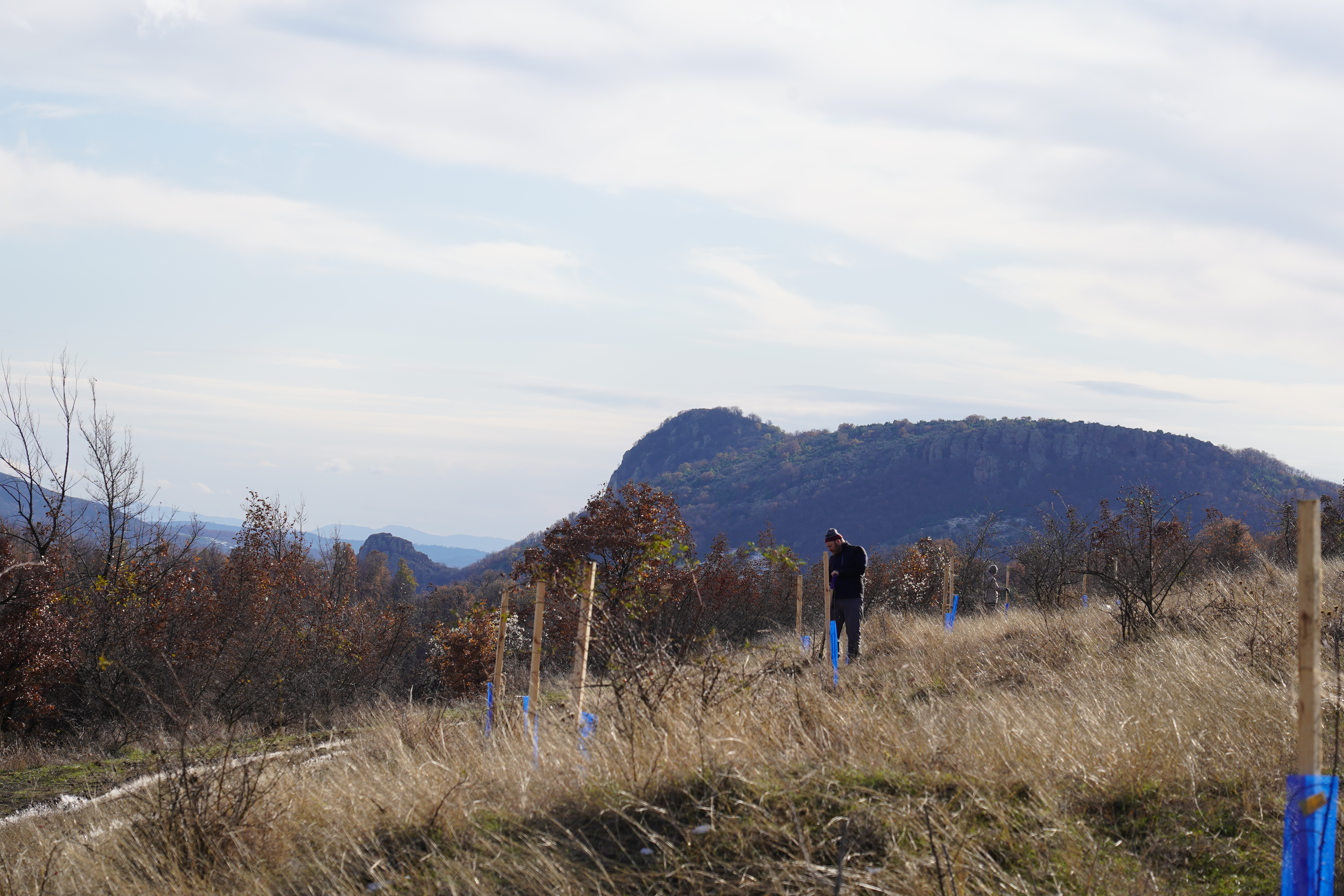 Where, how and what trees did we plant?

The areas chosen for planting trees were around key habitats for our project in the Eastern Rhodopes – close to Egrek, Ribino, Visoka Polyana, Madjarovo and Dolno Cherkovishte. There are some important bat colonies in the vicinity of those villages, and preconditions for their growth and for the development of new ones are present. Apart from use for the wild animals, this has positive effects for the local population as well, since they can make use of the fruits in any way they want. The trees haven’t been mass planted, but planted in separate groups near different bat shelters, where the soil and climate conditions are most favourable. We planted 230 fruit trees, bought by a licensed plant nursery, and we followed all the rules for the plantation of fruit trees in order to increase their chance for fast growth. Apart from the technical specifics, special attention has been given to the placement of protective and fortifying facilities, as well as a suitable choice of rootstock and the assortment of trees. The species and the sorts that we chose are suitable for the local conditions and have been picked according to their resistance to various diseases. The trees chosen by us were apple, plum, and wild plum. In the following months, we will follow through with check ups on their condition, as well as studies as to whether the desired effect has taken place. We would especially like to thank the volunteers and the locals, who contributed greatly to the cause.